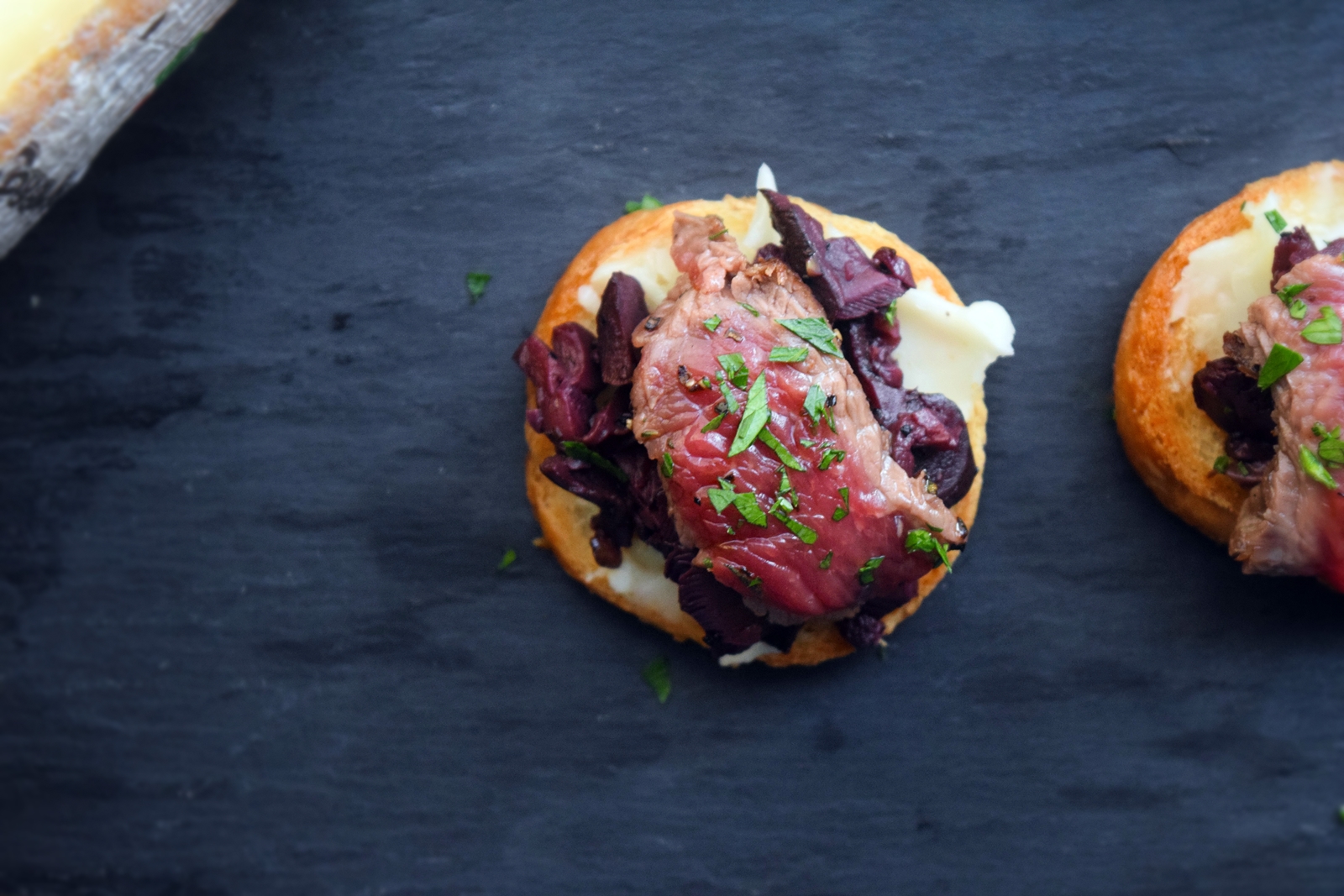 It is mid-September, which means three things: the end of hot summer days, a beautiful change in nature’s colors, and the beginning of harvest. These three conditions bring new flavours and scents into our everyday. There is this distinct scent of fermenting grape juice in the air, sometimes interchanged by the scents of mushrooms growing, and as nature’s colors change from green to yellow, orange, and red we start craving for warmer comfort food.

Here is a great, yummy, and impeccable recipe for this season to be paired with our Sfriso Cabernet Franc, of course! 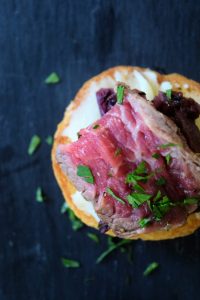 Place enough Sfriso Cabernet Franc to cover the dried mushrooms in a small saucepot. Bring the mixture to a low boil, turn off the heat, and cover the pot. Allow the mushrooms to steep for 15 to 20 minutes. Remove the rehydrated mushrooms with a slotted spoon, roughly chop, and set aside. Strain the wine-mushroom stock through a fine sieve to get rid of any dirt.

Spread out the baguette slices on a baking sheet, drizzle them with the olive oil, and season with salt and pepper. Bake until lightly golden brown, 6 to 8 minutes.

Heat the neutral oil in a large cast-iron skillet over moderately high heat. Generously season the steaks with rosemary, salt, and pepper. Sear the steaks on the first side, without touching them, until they have a deep golden brown crust—3 to 4 minutes. Flip the steaks and cook them until they’re done to your liking (about 4 to 5 more minutes for medium-rare). Allow the steaks to rest for several minutes, and then thinly slice against the grain.

Turn the heat down on the cast iron to medium and then add the butter to the pan. Add the rehydrated mushrooms, shallots, and garlic and sauté until the shallots are translucent—about 1 minute. Add a splash of the wine-mushroom stock and cook until the liquid is evaporated. Set the mushroom mixture aside to cool to room temperature.

To assemble the crostini, evenly spread each toasted baguette slice with Taleggio and arrange them on a platter. Distribute the mushrooms over the cheese, top with slices of steak, and garnish the platter with the chopped parsley. Serve immediately.