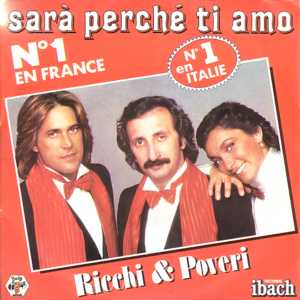 Prosecco, what a mess…

In the 80s, there was an Italian band that sang “Che confusione, Sarà perché ti amo” You can rarely find a song’s title so perfectly close to the wine world.

It’s been a while since we’ve been thinking about expressing ourselves and telling the world what we think about this wonderful world of Prosecco. Until now we did not have the right moment and interest to do so. Then certain things have happened that have pulled out our pride and dignity, and led us to finally put into words our final thoughts.

Anyway, back to the Prosecco we do not only drink it, but we produce it as well, and day after day we are faced with a reality that we do not like. That’s why we dedicate this article to everyone who is involved with Prosecco: professionals, producers, and consumers.

So what is it that is bothering us? First, at a commercial level, we are small producers and we fight constantly with the power of large producers who “indirectly” affect market prices forcing us to stay at very low margin rates. In fact, it is the wine with which we earn almost nothing. Not to mention the additional costs that we have. the longer bottling times, extra fees to pay here and there, extra time explaining to the consumer what has really changed to justify price increase, not being able to sell 10% of production for then release it after 6 months at the lowest prices, etc… Second, the end consumer does not understand what is the real difference between all types of DOC and DOCG that exist on the market. There is a big mess and confusion in the consumer’s head, let’s see why. In 2009, the production area of Prosecco DOC becomes DOCG and the Prosecco IGT (VSQ) becomes DOC defined as follows:

Production area of Prosecco DOCG: the area of Conegliano-Valdobbiadene Superiore DOCG and Asolo Prosecco Superiore DOCG, which practically are attached to each other but clearly different enough to be divided.

Before 2009, there were only the Prosecco DOC Conegliano-Valdobbiadene and Prosecco DOC from Montello and Asolo Hills; everything else was VSQ (IGT) and the consumer had more or less clear idea of the quality and characteristics of the product. Since 2009 the situation has changed to “preserve the product and ensure the consumer.” In a couple of years, the market was flooded with a number of DOC and new names on the labels, which can be confusing even to the most loyal consumers of these bubbles. But does the consumer really understands all these changes? 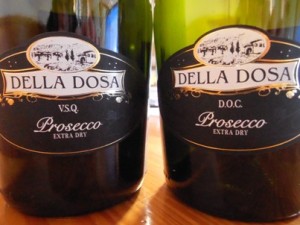 We will not go on the difficulties that this change has caused to us small producers in Treviso lowland. We are used to solving problems and so we adapt and move on. What we want to talk about is the total confusion in the mind of the final consumers and importers who still have yet figured out where the difference is and what the reasons are for this change.

We have realized throughout our tastings that the end consumer is not necessarily interested in the denomination but rather that the product has a taste they like at a convenient price, so how do they choose between an Asolo Prosecco Superiore DOCG, a DOCG Conegliano-Valdobbiadene, DOC Treviso, DOC Trieste, or more simply just a DOC without the “Treviso” or “Trieste” denominations not to mention the rest of the names that are on labels? Unfortunately, they do not have enough tools to help them choose. A consumer is either loyal or has very few indications on which to base his/her purchasing decision.

So many producers and industry professionals nag about the “system” but nobody does or says anything. Well, we are tired of this nagging and of having to lose time and money on explaining to our clients where is the real difference between us and the others. We are small and insignificant and alone we cannot for sure change any system that, according to many, is not working well. We do not want to point our finger at anyone, but from “behind the scenes” we understand many things, and unfortunately the consumer will never know what is exactly behind the scenes!

With these doubts and questions, we called a consortium (without naming) of our province for answers because we think that even if we are not associated with them they are the right people to give us clear answers given their influence on our territory. The answers were little exhaustive and elusive and we also felt like the “pain in the ass small flies”.

Perhaps it is true that we, producers from the plains (with a tone as if we are less good) “… are not capable of commercializing our Prosecco” as we were told during our conversation with the consortium. But perhaps it is not so easy to communicate to the consumer the specific features related to our territory of the plains, perhaps it is true that we have to be more creative to sell our product and to differentiate ourselves from the Great Producers of Prosecco, but perhaps it is also true that the protection of image and denomination is only for some stakeholders (see the intertwining connections between some Consortiums) and not for the protection of those who eventually buy and drink the product. For some reason the interests of the consumer is right at the end … and it is them who are left confused. As for us, we will always be just “pain in the ass small flies”.

And then where is the interest of the product itself? My Prosecco DOC is not equal to that of the other provinces, as well as the climate is not the same and even the soil is different, we have different terroir, why do I have to put myself on a par? Maybe because in any case the Prosecco produced here or there, will anyway end up in the same mass to the masses without “any” control?

We understand that we are being provocative here but for us is fundamental and of main importance what we do and we do it really to feed our daughters. We are not up for certain “laws” made up by people who have other things at heart and “ridicules” the winemaker that fatigues to pursue a philosophy and a passion. We would love if there were more control, more protection for those producing an excellent Prosecco superiore from the hills, but also for those who produce an equally excellent Prosecco di Treviso from the lowlands. It seems to us that the producers of the hill are quite well protected while we are marginalized down here.

If you’re not part of a Consortium, you’re nobody and for sure we will never be part of one if we don’t have a shared philosophy. In our opinion, the control is not sufficient and are not made well, it seems that these are made according to the interests of a few and not for the common good of everyone.

Our only “protection” is to be proud of the wine we produce because they are all from our own grapes, so we know what ends in our bottles, we know what stories to tell to our customers, we distinguish ourselves because our wine is 100% from our own vineyards and we do not mix them to “make them” similar to a product concept that we believe is unethical towards the final consumer. It is no coincidence that we are Independent Winegrowers and we guarantee that the product in our bottles come from our grapes with the typical characteristics of our lands of the Province of Treviso.

Or you could just stick to a Prosecco that you know exactly where it comes from. Like from us, for example.
Salute!